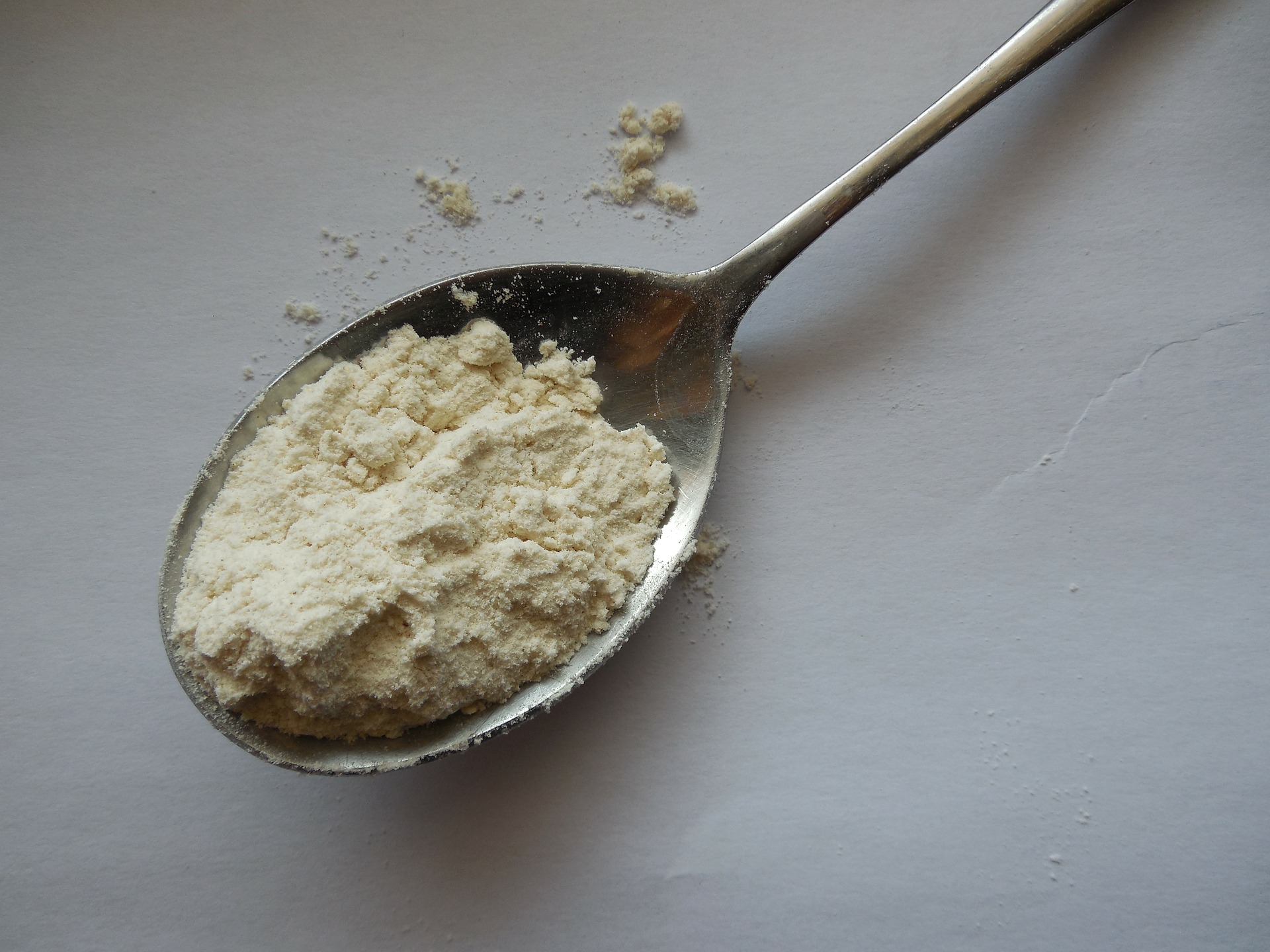 Loaded with protein and fiber, low in calories, and completely free of gluten, gram flour or besan or chickpea can in no sense be denied its position as a rewarding item for overall health and wellness.

Gram flour, also known as chickpea flour or besan, is something that is present in every Indian household. Well, you may not see much of besan or gram flour used in everyday food throughout the year, but when the monsoon season arrives and you are in a mood for a plate of hot pakodas, besan or gram flour quickly comes to rescue.

Considered being a near indispensable ingredient that has been a part of cuisines of most of the south-Asian countries such as India, Pakistan, Nepal, and Bangladesh, gram flour, or besan, can also be quite healthy and benefits in many ways. Besan (chickpea flour) has fewer calories as compared to whole wheat flour, moreover, a 100g of chickpea flour can contain roughly 22g of protein, which is more than one-fifth of its own weight, making it an excellent source of protein.

But these two properties alone do not present a true picture of the extent of how healthy and beneficial gram flour really is. The benefits of this amazing, remarkable and healthy ingredient extend beyond its high-protein and low-calorie benefits.

Don’t know how to use gluten-free flours? Read this cooking guide.

Yes, you got that right, the health benefits of including gram flour, as a part of someone’s diet can be quite a long list. In fact, here are some of its major benefits and ways that may help you to successfully pursue that healthy lifestyle:

In recent years, many people have been diagnosed as being gluten-intolerant. Gluten intolerance alludes to a condition where the body is unable to digest any foods that contain gluten–a protein that is found in wheat and maida based products. Everyday foods like roti and bread become a no-no for those suffering from gluten intolerance, a condition where people are unable to digest wheat and wheat-based products.

Such people are constantly looking for alternative flours that can be brought to use in their everyday meals. Gram flour (besan) is a healthy alternative for gluten-containing grains such as wheat, barley, etc. It is versatile and can be used to make rotis, pancakes, and chillas.

Being rich in soluble fibers, the intake of gram flour or besan reduces the nutrient absorption rate of the digestive system. The rise in the blood sugar level takes place when the insulin secreted by the pancreas is not enough to break down the sugar molecules. However, when the absorption rate for sugar is slowed, it gives time to the pancreas for insulin secretion so that it is enough to break down the sugar molecules and avoid a spike in the blood sugar levels.

Soluble fibers are a must in a balanced diet, including an adequate amount of  besan or gram flour in the daily diet helps achieve this balance. 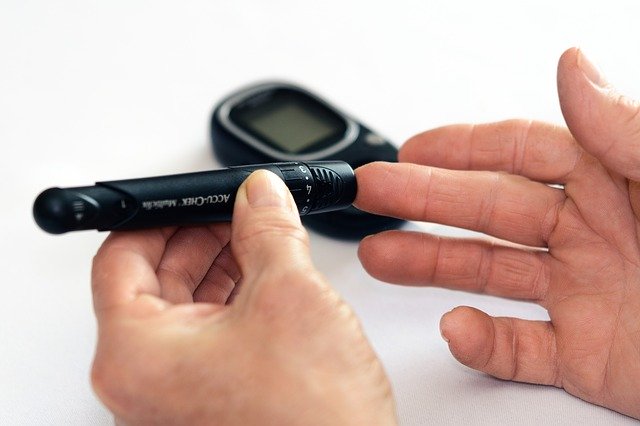 Once again, thanks to the presence of soluble fiber and fewer calories, gram flour plays quite an important role in maintaining the blood’s cholesterol levels. These fibers present in gram flour help in removing excess cholesterol present in the system. Moreover, the other vital fact is that gram flour contains absolutely zero grams of cholesterol, thus making it an appropriate choice for cholesterol control.

Gram flour is a good source of iron and is responsible for increasing the supply of oxygen to every other organ of the body. Iron is an essential mineral for the production of hemoglobin, a protein present in the blood that is vital for the transportation of oxygen in the body. Hence, a sufficient intake of gram flour can prevent the body from any oxygen deficiency disease, such as anemia, or hypoxemia.

Gram flour is a go-to food item whenever people decide to go on a weight loss diet. Its fiber-loaded nature gives it the ability to keep you filled for a longer period of time, thus, preventing you from over-eating. Moreover, the low-calorie content in gram flour is its most important offering for a low-calorie diet that one follows for weight loss.

The addition of gram flour to your diet can also be quite beneficial for having a good night’s sleep. A healthy body also depends on quality night sleep, and so it is extremely crucial to have adequate and relaxing night sleep.

Containing tryptophan and serotonin, and other vital nutrients like amino acids, gram flour can be useful for producing a feeling of relaxation into the muscles of the body. Thus, gram flour is useful for inducing a relaxing sleep thanks to serotonin, the chemical which governs the entire sleep/wake cycle of the body.

Craving pakodas and out of besan? Buy the best besan for your pakodas.

Some of these beauty benefits associated with the application of gram flour are:

Acting as a natural body scrub, gram flour paste, made by mixing besan flour with other ingredients such as milk, turmeric powder, has been in use for centuries. It is advised to use this gram flour pack with milk and turmeric twice a week to remove the dead skin cells that cover your skin and replace them with new ones.

A gram flour pack is a great way of removing tan and acquiring a naturally glowing and radiant skin.

Yes, this is the property that makes gram-flour the most in-demand ingredient for skin packs. Due to its anti-inflammatory nature, it is an important natural remedy for the prevention of acne, as the application of gram flour paste forms a thin screen over the skin, which in turn prevents external pathogens from attacking the skin cells and causing inflammation.

Gram flour or besan is a great remedy for dry skin as well. It is responsible for aiding the skin cells in retaining the moisture keeping it nourished and preventing the signs of aging from taking over.

Moreover, the application of a gram flour pack over the skin can absorb the moisture from the surrounding as well, directing it towards the cells. Hence, gram flour’s ability to keep the skin nourished and moisturized makes it an effective ingredient for home remedies.

Apart from being a good skin-care product, gram flour-based hair packs are also quite beneficial when it comes to taking care of hair growth as well. Some of the ingredients that usually go along to make gram flour-based hair masks are eggs and other essential oils like coconut and almond.

The application of this mixture is responsible for providing nourishment to your scalp, remove dryness, and moreover, it also aids in getting rid of blockages, thus opening up the hair follicles and promoting the growth of a healthy set of hair.

Now that we know of the various health and beauty benefits associated with Gram flour or besan, it is also vital to know in what ways can it be added to a diet. Although one of the more popular ways of consumption of gram flour is as a batter for pakodas, since it is mostly fried, we’ll look into other, healthier, ways of its consumption.

This delicious and savory dish is prepared by first mixing gram flour with water or buttermilk to create a batter. You can add onions, tomatoes, with different types of spices and herbs to make it even more delicious. Chilla is prepared in a similar way as dosa (a south-Indian cuisine).

This is a traditional Rajasthani dish, made of gram flour dough that is then cut into small dumpling sized parts and cooked alongside other spices such as cumin and curry leaves. This is, in fact, quite an old recipe that has been a major influence over the western part of India.

Dhokla, besan khandvi are popular west-Indian snacks, originating from Gujarat. These are usually made out of the mixture of buttermilk (which is, in turn, the mixture of curd and water) and gram flour. Thus, with ingredients such as curd added to gram flour, khandvi turns out to be quite beneficial for stomach health.

Confused about what to prepare with gram flour? Try these 20 vegetarian dishes to make with besan.

Now we know all the possible health benefits and disadvantages of gram flour. Let’s read a few FAQs about it.

1. Is gram flour good for health?

Gram flour is an alternative choice of flour for people who prefer gluten-free. Adequate consumption of it aids in weight loss. Also, it maintains cholesterol and blood sugar levels.

2. Can gram flour be used for skin care too?

Gram flour is great for skin nourishment. It helps in removing dead skin.

As gram flour is loaded with dietary fiber, it is the best option for people who want to lose weight. Furthermore, it is low in calories.

4. Is gram flour good for the stomach?

Gram flour is good for the stomach. However, excess consumption of it may lead to digestive issues such as bloating and gas.

In the end, it is safe to say that there can be nothing more powerful than a food item that is beneficial in every sense. Loaded with protein, filled with fiber, low in calories, and completely free of gluten, gram flour or besan can in no sense be denied its position as a rewarding item for overall health and wellness.

Besan is light, nutritious and tasty too. So, now if you took note of all of its benefits, and have also come to learn about the healthy ways of its consumption, there should be nothing stopping you from adding besan to your meals frequently. 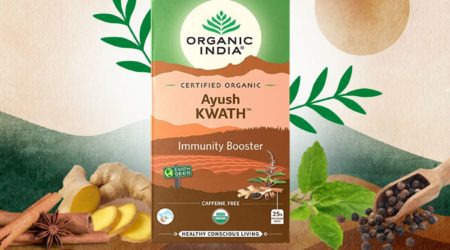 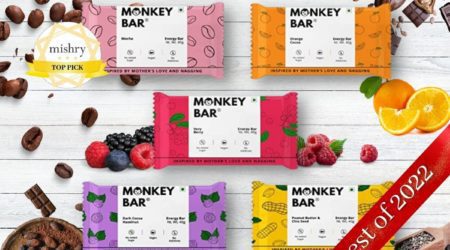 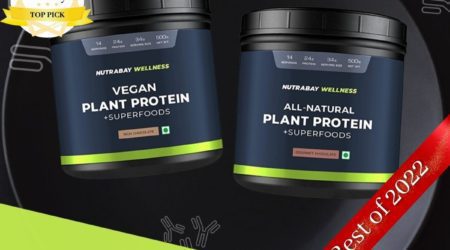