Pregnant? Avoid These Foods While Expecting 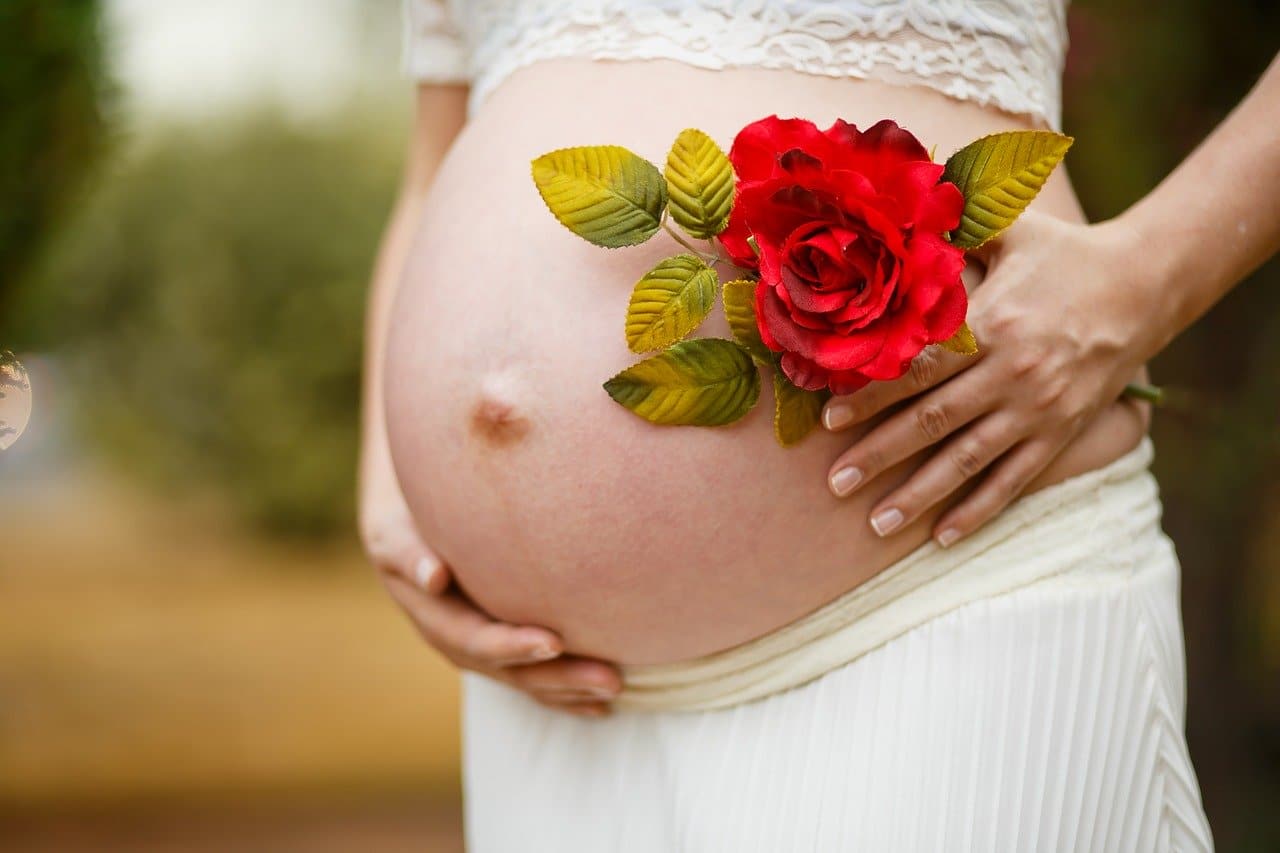 Pregnant? Avoid These Foods While Expecting

It goes without saying that utmost care must be taken during pregnancy by the mother and her immediate family about her diet. Don’t just focus on what to eat, also consider foods to avoid during pregnancy. Here’s a complete list.

Pregnancy is one of the most important and significant periods of a woman’s life. As an expecting mother, you are responsible for the health of two individuals – yourself and the unborn child. Your diet during pregnancy can have a direct and lasting impact on the wellbeing and health of your child. A number of people might tell what to eat during this time, but there are also a number of things you are advised to avoid eating during the 9-months of pregnancy. Your diet as an expectant mother should comprise of healthy and nutrient foods that provide a holistic intake of carbohydrates, protein, healthy fats, and all the necessary vitamins and minerals. The growing fetus not only needs healthy foods, but you must also take care to keep the unborn child away from foods that may harm or impede its growth and development. Some of the foods to avoid during pregnancy may seem rather simple and inconsequential at other times, but during pregnancy, these could have adverse effects and consequences on the health and development of you and your fetus.

It is obvious that the utmost care and precautions must be taken during these nine months to ensure the safety and well-being of both of you. Here’s a list of foods that you should avoid consuming during pregnancy.

The purpose of this article is to inform you, so you can be cautious during pregnancy. This is not a diet-chart for pregnant women, and this list, as a whole, may or may not be applicable to every pregnant woman. These are general tips on what to avoid during pregnancy. Eventually, taking the advice of your doctor, who is aware of all your individual health requirements, is best and we would urge you to include/exclude any food item only after discussing it with your health care practitioner.

Foods To Avoid While Pregnant

Raw eggs can contain Salmonella. Symptoms of Salmonella infections are fever, vomiting, stomach cramps and diarrhea and are generally experienced only by the mother. However, this infection may also cause uterine cramps which in rare cases may lead to stillbirth or premature birth.

(41795)
₹348.00 (as of October 14, 2022 14:01 GMT +05:30 - More infoProduct prices and availability are accurate as of the date/time indicated and are subject to change. Any price and availability information displayed on [relevant Amazon Site(s), as applicable] at the time of purchase will apply to the purchase of this product.)

So, it is advisable to avoid the following egg-based foods during pregnancy:

However, offal contains a lot of animal-based preformed vitamin A, the increased consumption of which is not good for an expectant mother. Excess consumption might lead to vitamin A toxicity and high copper levels in the body, which can result in birth defects and liver toxicity.

Shellfish or any type of raw fish, for that matter, are carriers of several viruses such as the Norovirus, Vibrio, Salmonella and Listeria. These viruses can sometimes only affect the mothers making them sick for a while. However, certain viruses can lead to some very serious or even fatal results in the fetus.

Pregnant women are particularly more susceptible to Listeria infections. This particular virus is more commonly found in contaminated water. Raw fish can easily become carriers for this virus. So, eating dishes like Ceviche, oysters or sushi is not the best idea especially during pregnancy.

Undercooked or raw meat has an increased risk of being carriers of several bacteria or parasites, including Ecoli, Listeria, Toxoplasma, and Salmonella. Salmonella infection if not treated in the very early stages, can lead to miscarriages- an NCBI study concluded.

Listeria is one such bacteria that can pass on to the unborn child through the placenta, even if the mother shows no signs of the infection. According to the CDC website, bacteria like listeria, salmonella or E.coli poses a risk to the health of your unborn child, and could lead to stillbirth or extreme neurological illnesses, which include blindness, intellectual disability or even epilepsy.

Mercury is a highly toxic element mostly found in polluted water. Large marine animals tend to accumulate larger amounts of mercury since it is mostly found in water sources.

An NCBI study has shown that high exposure to mercury can cause serious damage to the body and can also cause developmental problems in the nervous or immune system of children and adults alike. Hence, it is safer for pregnant women to limit their consumption of larger marine animals which might have higher mercury content.

Raw sprouts, including may contain Salmonella and is best to be avoided. Sprouts require a humid environment to grow and in this environment bacteria thrive.

Unpasteurized milk and unpasteurized cheese are homes to a large number of bacteria like Listeria, E. coli, Salmonella and Campylobacter. This also includes fresh, unpasteurized juice which can easily get contaminated.

It is always better to go for pasteurized milk, juice or cheese while expecting. Pasteurization is a process that gets rid of most of the bacteria present in the food, making it absolutely safe for consumption by anyone.

Increased amounts of many essential nutrients, including protein, folate, and iron is required when you are expecting. However, you don’t need twice the calories, which is what junk food is packed with. An optimal pregnancy diet should mainly consist of healthy meals and snacks, packed with nutrients to fulfill the dietary requirements of both, the mother and growing child.

Remember to wash fruits and vegetables well before consuming them, especially f you plan to consume them raw. These may be sprayed with chemicals and pesticides, or be home to many parasites which can be very harmful to not just an expecting mother but also to the fetus.

Without a question, alcohol must be avoided during pregnancy. It increases the risk of miscarriage and stillbirth. Even a small amount may be enough in some cases to affect the development of the fetus’ brain and hamper its growth. Several studies conducted by researchers have concluded that alcohol can have a different impacts on the fetus including facial dysmorphology, disruption in brain development, miscarriage, sudden infant death syndrome, premature birth and stillbirth.

It can also lead to fetal alcohol syndrome, where heart defects, facial deformities and intellectual disability is observed in the child.

An NCBI published study observed the effects of consumption of papaya during pregnancy where it was seen that a ripe papaya is a rich source of nutrients and can be very beneficial for pregnant women. However, unripe papaya contains latex and papain. These substances can cause harm to the mother and the fetus. Latex in raw papaya can trigger uterine contractions leading to early labor, premature birth or stillbirth.

Papain in the raw papaya can be mistaken for prostaglandins and oxytocin in the body, again leading to induced labor. It can also weaken the many membranes that support the fetus. Eating raw papaya during the period in which you are trying to conceive can also hamper the chances of conception and cause harm to the implanted embryo or lead to miscarriages.

Unripe papaya can also lead to an increase in vascular pressure. This can lead to placental hemorrhaging or bleeding. Also, since papaya is rich in fiber, it can increase the pressure in the bowels which could lead to miscarriages in the early stages of pregnancy.

Papain and chymopapain, both found in papayas, can hamper the overall development of the fetus. It is best to avoid papayas on the whole since they are also linked to an increased risk of kidney stones formation. Papaya seeds can also cause harm to the fetus.

Cheap or Locally made Paneer

Paneer or cottage cheese is a type of cheese that has a high level of water content in it. When it is made locally, or by unverified vendors, chances are the water used is not the cleanest and might even be contaminated with various bacteria and viruses. Hence, it is best for expecting mothers to avoid such cottage cheeses.

1. Is it safe to eat leftovers while pregnant?

It is mostly recommended that pregnant women only eat freshly prepared foods. Leftovers from home-cooked meals can be eaten within 24 hours if they are properly refrigerated at <5°C. However, takeaway foods which may spend considerable periods of time in warming ovens or displays should be avoided.

2. Can you eat ice cream when pregnant?

Ice creams should be fine to eat when you’re pregnant, as they are processed products made with pasteurised milk and eggs, so any risk of salmonella food poisoning has been eliminated. For homemade ice cream, use a pasteurised egg substitute or follow an egg-free recipe.

3. Unpasteurized Fruit Juices are not safe during pregnancy. Does this mean that I cannot make fresh juice at home?

The reason unpasteurized juices aren’t safe during pregnancy is because it’s never guaranteed that fruits/veggies were washed safely prior to juicing, and that the equipment used for juicing was sanitized properly. Unpasteurized juices can carry bacteria or parasites such as salmonella or E.Coli, all of which can be very harmful during pregnancy. Whereas, juicing at home should be fine as long as fruits/veggies are washed thoroughly and equipment has been sanitized properly. Remember to consume the juice instantly once collected, and not over a period of several hours or days.

4. Is it true that cold cut meats like Salami, ham, etc. even after heating, are not safe to consume during pregnancy?

Just as it’s important to avoid raw or undercooked meats, poultry, fish, shellfish or eggs during pregnancy, it is important to avoid cold cut meats. When you are pregnant, your immunity to certain food-borne pathogens decreases, so you and your unborn baby are more at risk of food poisoning.

5. It’s not possible for me to completely avoid caffeine at work. What should I do?

Pregnant women metabolize caffeine a lot slower than non pregnant women. In fact, it can take 1.5–3.5 times longer to eliminate caffeine from your body. Hence, it is recommended that pregnant women limit their daily intake of caffeine to less than 200mg per day which is equivalent to:

Do not drink more than 2 cups of fruit, mint or chamomile tea a day. Use teabags rather than loose leaves, and try to make weak tea rather than strong tea. Also, decaffeinated beverages are also a good idea to consider at this time.

6. How do I minimize heartburn during pregnancy?

The diet of a pregnant woman should consist of plenty of nutrients. The above-mentioned food articles has been proved to cause adverse effects when consumed during pregnancy or in the time of conception and should definitely be avoided or, at the very least, limited.

This content including advice provides generic information only. It is in no way a substitute for a qualified medical opinion. Always consult a specialist or your own doctor for more information before making any dietary changes.