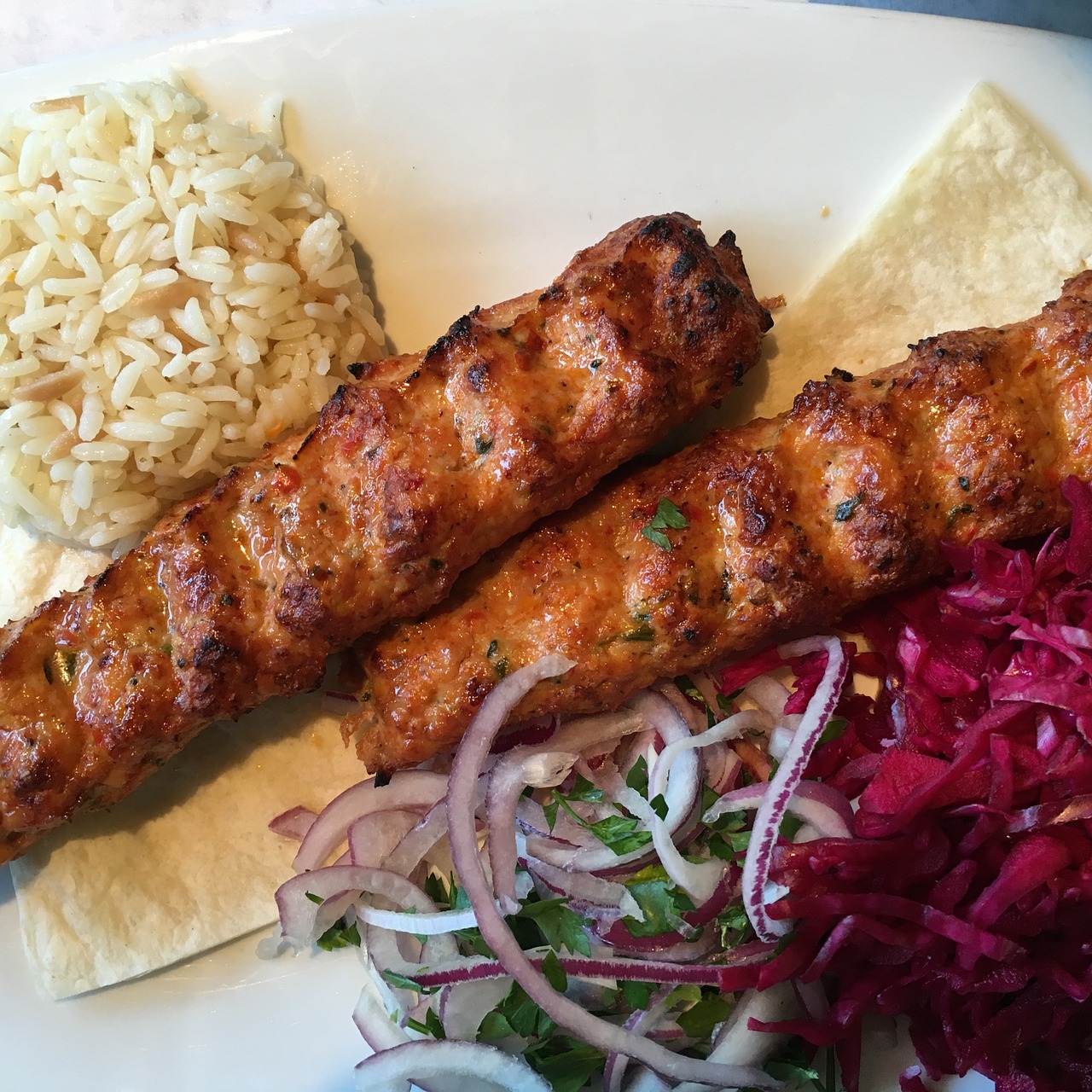 The city of Nawabs, Lucknow is a hot spot for Awadhi cuisine and you can spot many iconic food joints serving the most delectable meals. If you have ever popped a melt in your mouth meaty Galouti kebab with some delicate ulte tawa ka parantha or binged on a fragrant mutton or chicken biryani, you know what we are talking about. Let’s have a look at 20 Awadhi cuisine dishes that you just cannot miss! Caution – Extreme cravings ahead!

Galouti kebabs are made with minced mutton, spices and raw papaya. Raw papaya helps to tenderise the meat and soften the texture of the kebabs further. Galouti kebabs are best enjoyed with ulte tawa ka parantha, some mint chutney and onions rings (lachcha pyaaz). A lot of eating joints have turned the authentic Galouti kebab into a vegetarian version by making it with rajma or mushrooms.

Galouti or Galawati Kebabs were invented for the nawab of Lucknow who had lost most of his teeth but his fondness for succulent kebabs was far from over. Dedicatedly, his Rakabdars set out to make the most flavoursome and melt-in-your mouth kebabs for the nawab. Once they were done experimenting, out came the most soft kebabs that the nawab could relish without his teeth too. Apparently the original recipe used more than 150 spices to enhance the flavor of the kebabs.

Skewered cylindrical kebabs made with minced lamb or mutton, mixed with aromatic spices and grilled to perfection. Seekh kebabs when paired with a rumali roti, raw onion rings and a mint-coriander chutney are exceptional. Squeeze a lemon wedge on these kebabs for that extra kick. These kebabs are commonly made with minced chicken meat if you are not a fan of mutton.

Shami kebab or Shaami kebabs are so tender that picking them up is a task in itself. Meat pieces cooked with spices and channa dal and ground into a smooth mixture. This mixture is then turned into round patties and shallow fried in desi ghee. Shaami kebabs can be eaten as it is or with a flaky warqi parantha, onions and chutney. Originally made with mutton, shami kebabs can also be made with minced chicken.

The story behind the birth of Kakori kebabs is as fascinating as the Awadhi cuisine. According to tales, Nawab Syed Mohammad Haider Kazmi of the Kakori district in Lucknow invited a few friends over for a dinner party including a British official. The nawab set an Awadhi menu to dazzle his guests, one of the starters being seekh kebab. The British official complained about the tough and chewy texture of the seek kebabs which left the nawab feeling insulted. He ordered his Rakabdaars to make a kebab that was soft and tender.

After relentlessly working in the kitchen for a few days, they presented the nawab with a batch of soft, succulent kakori kebabs. These kebabs are made with minced meat, spices and a secret meat tenderiser – raw mango.

The royal kitchens were always abuzz with churning out the most exclusive recipes for the nawabs. Eating a delicately made Awadhi chicken recipe is nothing short of sheer bliss. Chicken pieces cooked with a zesty tomato, yogurt and cashew nut gravy. This chicken dish also calls for some rich melon seed paste (chaar magaz). Awadhi chicken can be served with some butter naan or a rumali roti, onions and chutney.

A mutton curry that is so fragrant, the neighbours will come asking ‘Khaane me kya banaya hai aaj?’ (What’s cooking?). Mutton do pyaaza is a beautifully aromatic curry made with crunchy onions, whole spices and a big dollop of ghee. Mutton do pyaaza tastes great with some boiled rice, naan or warm home made soft chapatis.

Kormas are generally dishes made with meat and vegetables braised in a meat/vegetable stock and yogurt or cream. Kormas can be made with chicken or mutton depending on your taste and preference. Awadhi kormas are spiced with khada masalas like cinnamon, bay leaves and cardamom. These whole spices give the Awadhi curries and kormas the rich flavor we expect. A few recipes to cooke Awadhi chicken and mutton korma at home also add coconut cream to increase the depth and richness of the korma. Kormas are best enjoyed with some flaky warqi parantha.

The royal nawabs took their curries and kormas very seriously and their chefs made sure to leave no stone unturned to develop the most fragrant and tender meat recipes. Pasanday or pasandas are boneless mutton fillets flattened with a mallet, marinated with spices, yogurt and raw papaya. They are preferably kept marinated overnight and cooked in a pan with a generous amount of clarified butter. The marination is also added to the pan while cooking to form the gravy. These pasandas make for a hearty curry that taste great with some naan or home made rotis.

Nimona or hare matar ka nimona is a popular vegetarian dish from the Awadh region. Fresh green peas coarsely ground and cooked in a tomato gravy with some pan fried potatoes is a delicious vegetarian recipe. A simple home style nimona with ghee smeared rotis or jeera rice tastes wonderful.

Like mutton do pyaaza, paneer do pyaaza is cooked in lots of onions, whole spices and clarified butter. If you are not a fan of paneer, cooking this recipe with mushrooms or soya brings out equally satisfying results. Awadhi paneer is an easy recipe if you want a rich tasting vegetarian curry for your spread.

A melange of vegetables like carrots, peas, beans, cauliflower cooked with heavy cream, nuts and fruits. Some recipes add pineapple, while some refrain from doing so. A navrattan korma is the perfect vegetarian dish if you want to enjoy some rich, thick vegetarian gravy from Awadhi cuisine. A hearty curry paired with some navrattan korma and crisp rotis.

Rice – Time For Some Fragrant Biryanis

As much as you might think biryanis are overrated, they aren’t. A spoonful of a delectable biryani with a cool raita deserves a special place in this world. Lucknowi chicken biryani is cooked meticulously with layers of perfected meat and rice. The meat is forst marinated in ehole spices and yogurt and slow cooked. The rice are par boiled with ghee and spices. Then the layering of the rice and meat are done and the entire handi of biryani is cooked on dum for those aromatic results.

Succulent pieces of slow cooked mutton layered in a handi with par boiled rice and cooked on dum. Mutton pieces marinated in a yogurt and spice mix and layered with rice. The mutton after cooking properly is usually so tender that it falls off the bone right away. The Lucknowi mutton biryani is so famous throughout India that there are special food joints dedicated to serving biryani. Idrees ki biryani or Idris ki biryani is so popular in Lucknow that people throughout India flock to taste it.

If you are a vegetarian, you can swap the meat with vegetables and cottage cheese. Oh, biryani! You make the world go round.

The breads the nawabs ate were as rich as their kebabs and curries. Ulta tawa literally translates into an inverted griddle. Thin rotis cooked on the back or convex side of the tawa are a perfect accompaniment to the rich Awadhi curries and kormas. Ulta tawa paranthas can be a little sweet to taste.

Sheermal or Shirmal is a Persian inspired bread. The dough for the sheermal is made with flour, milk, sugar, ghee and saffron. These rotis are crisp and sometimes these are stuffed with nuts and raisins. Sheermal is basically milk and saffron infused bread cooked in ghee that tastes great with Lucknowi kebabs. Sheermal is so tasty that you can eat it as it is too.

A flaky warqi roti (Varki parantha) is so delicious and rich that it can be eaten without any kormas. These yummy rotis can be made with whole wheat flour too if you do not want to use refined flour. Doused in ghee, warqi rotis taste great with Lucknowi kebabs, curries and kormas.

Meetha – Awadhi Desserts That You Can’t Say No To

If you have grown up in North India, we are sure that atleast once in your life you have tasted a creamy kulfi with a side of some kewra infused falooda. Kulfi is a frozen dessert made with milk, sugar, nuts and rich flower essence like rose or kewra. Falooda looks like vermicelli and are always served with kulfis. Faloodas are almost bland and do not have any sugar content, though they are flavored with a mild kewra/rose essence. A common accompaniment to the kulfi falooda is sabza or basil seeds which have a rather cooling effect on the body. The falooda and sabza are drizzled with some rose syrup.

A gentle tasting and extremely delicate Awadhi dessert which has been popularised in modern India as daulat ki chaat. Makhan Malai or Nimish is a dessert made with milk cream which is available only during the winter season. It is so light and airy that you could eat up an entire katori and not feel heavy after it. The main technique for the perfect makhan malai is to expose the milk to the early morning dew and churn it till it’s light and airy. Sugar and cardamom powder are added for that mildly pleasant flavor.

A Halwa so rich that it gave the royals a run for their money. Almonds soaked, ground and cooked with copious amounts of ghee. Garnished with saffron and slivered almonds, a beautifully yellow badam halwa is heavenly. Awadhi cuisine also boasts off a large variety of halwas like kaali gajar ka halwa (black carrot halwa) and kaju halwa (cashew nut halwa).

No Nawabi meal is complete without some hearty portions of shahi tukda. Fried pieces of bread dipped in a sugar syrup and then in a milk reduction. Topped with varq (silver leaf) and loads of nuts, Shahi tukda is not be missed when you decide to indulge in a true blue Nawabi meal.

If you are a street food or chaat lover, there are lots of options for you to start bingeing on. The region of Awadh boasts off a lot of delicious chaats like Basket chaat, Dahi Batashe, matra ki chaat and shakarkandi ki chaat. Dahi Batashe are basically dahi or yogurt filled golgappas that are absolutely a must try.

Basket chaat or tokri chaat is another delicacy from Lucknow that is now popular throughout India. Potato strands or lachchas are fried in a basket shape and then topped with yogurt, sweet red tamarind chutney, sev, spicy green chutney, boiled potatoes, boiled chickpeas and pomegranate.

Matra chaat, aloo chaat and shakarkandi ki chaat (sweet potatoes) are all famous chaats that originated in the Awadh region and are now enjoyed throughout the country.

FAQs and Terms You Should Know About Awadhi Cuisine

As we gave you a royal tour of the food of the nawabs – Awadhi cuisine, we are starving and salivating and we are sure that you are too. Which is your favorite Awadhi recipe from our list. Did the korma win you over or is your love for biryani too deep to fall for anyone else? Let us know in the comment box below. 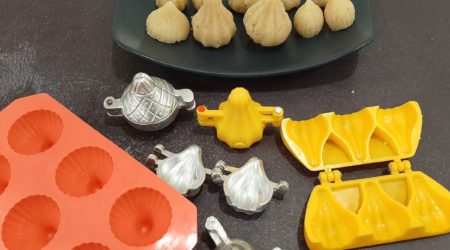 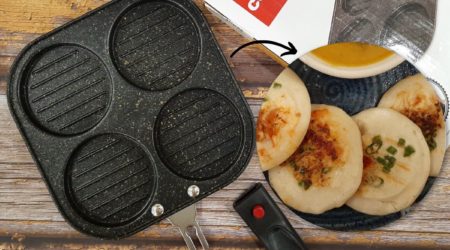 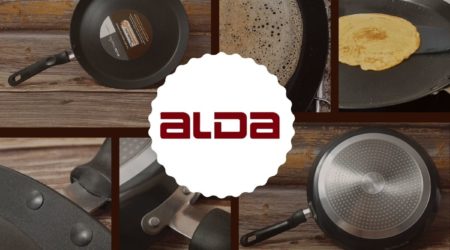 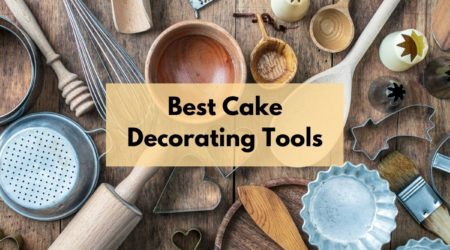 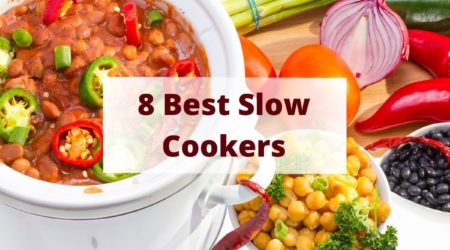 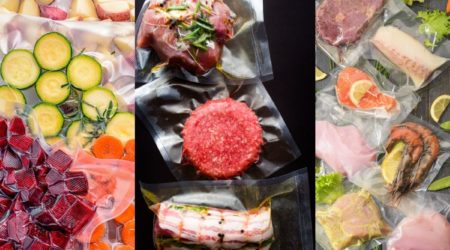