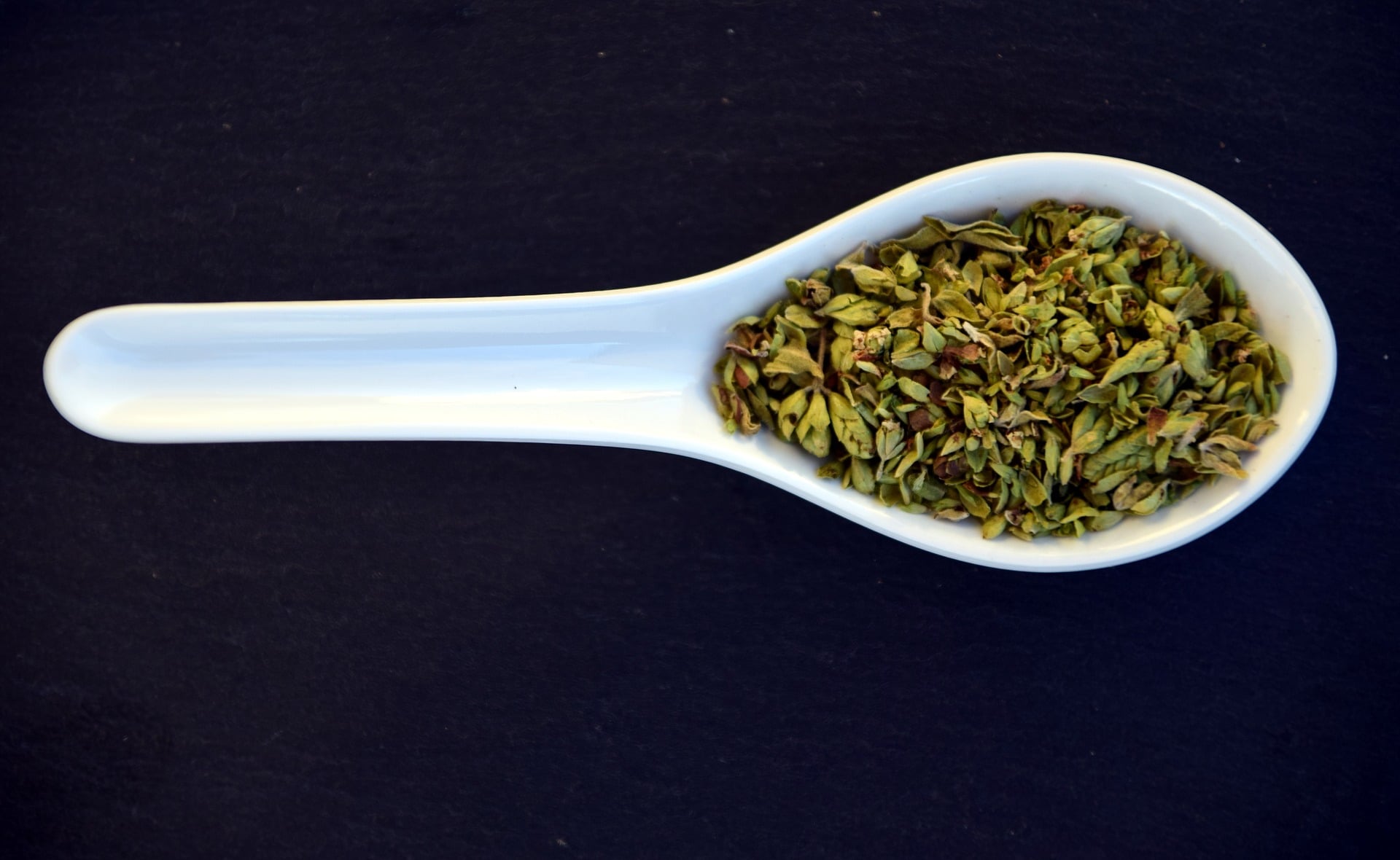 The consumption of Oregano Oil is shown to increase the enzyme activity in our stomach and improve its gut activity as well.

Considered to be a major export all across the world and also the most beloved seasoning, oregano of a good-quality might just be the flavor savior you are looking for. Although it may be most commonly used to add flavor to a meal, oregano leaves constitute of some essential oils that might also be beneficial for your health. In fact, oregano oil has been in demand for its health benefits since ancient times and has always been popular as folk medicine. The process of extracting oregano oil from its leaves is quite easily done with the help of steam distillation once the leaves are air-dried (1).

With benefits such as fighting intestinal bacteria and aiding in weight loss, oregano oil consists of two main components that contribute to its beneficial qualities; these are carvacrol and thymol. Carvacrol is a type of anti-oxidant, while thymol is an effective anti-bacterial component. Here are some well-known benefits linked with the consumption of Oregano oil.

1. A Doom For Parasites

As mentioned before, oregano oil has anti-bacterial properties and can quite effectively fight off parasites such as tapeworms, roundworms, and other parasites that live inside our body once orally ingested. Moreover, when applied over your skin, its same anti-parasitic property can protect you against mosquitos and lice, the parasites that live outside of our body.

Antibiotics are quite helpful when it comes to tackling harmful diseases. But, just like it is said ‘if you consume too much of a medicine, it might just end up damaging your health rather than being responsible for its repairs,’ the same goes for antibiotics. But what is it about the essential oils in oregano leaves that make it an alternative to antibiotics?

Well, as we discussed before, due to active compounds that are found in oregano oil, namely carvacrol, and thymol, oregano oil helps the body fight pathogens that may be of bacterial or fungal nature.

3. Keeps Other Drug’s Side-Effects At Bay

This benefit of oregano oil is not well-known and was shown to be true during lab testing/clinical trials on rats. MTX, or methotrexate, a common drug used for the treatment of arthritis, and also known for its side-effects such as intestinal damage, was used on rats, which were then given oregano oil that proved to be quite beneficial against methotrexate induced intestinal damage (2). This was due to the anti-inflammatory nature of the oil. Oregano oil prevented the inflammation of their intestine, thus keeping the side-effects at bay.

Yes, the antioxidant-rich essential oils extracted from the leaves of the oregano plant are anti-inflammatory in nature as discussed in the previous point. This property of oregano oil makes them a perfect natural remedy for the treatment of arthritis induced pain, by preventing the joints from inflation (one of the symptoms of arthritis).

The antioxidant-rich nature of oregano oil is what everyone is talking about. With antioxidants such as phenols, oregano oil can aid in the prevention of aging diseases just by guarding your cells from free radicals. Another benefit of having oregano oil for a high-antioxidant diet is its ability to strengthen our immune system.

The consumption of Oregano oil is shown to increase the enzyme activity in our stomach and improve its gut activity as well, thus making sure that nutrient absorption requires less time. This increase in the rate of digestion helps in getting rid of the indigested waste present in your guts, thus making oregano oil an important natural remedy for curing indigestion.

Carvacrol, the antioxidant present in oregano oil, is responsible for reversing the chain of events leading up to the formation of fat cells, thus reducing the rate of weight gain for a person.

One of the main oregano oil characteristics that contribute to its beneficial nature is its ability to increase the number of white blood cells in your blood. These cells are present in your immune system and are considered most important in the protection of your body against various diseases. Thus, with the increase in white blood cells, your body can be strongly defended against viral infections such as mumps or pox and keeping the autoimmune disorders at bay.

The anti-parasitic property of oregano oil is responsible for its ability to improve your gut’s health, as it is a natural inhibitor for the growth of harmful parasites in the intestines.

10. Decreases The Severity Of Allergies

Oregano oil is also sometimes known for its anti-allergic properties as well. A natural anti-inflammatory item that can also act as a sedative, the consumption of essential oregano oils, due to their anti-inflammatory nature, can decrease the severity of allergies by soothing the swollen throat.

Now that we are aware of the many benefits associated with the consumption of oregano oil before we go any further, it is important for us to take note of how it could affect your health if you choose to indulge in an untimely and unregulated fashion of oregano oil consumption. Every medicine that is beneficial can also be a drug of a completely opposite nature.

Few of these side-effects, which are associated with a heavy consumption of oregano oil, are:

As we know that the beneficial nature of oregano oil puts it in a position of a natural remedy for digestion. However, due to its ability to increase the enzyme activity and the release of gastric juices, a heavy intake of oregano oil can result in a release of a large volume of these gastric juices sufficient enough to cause unwanted gastrointestinal issues or an upset stomach.

Working as a blood thinner, the active compounds in oregano oil prevents your blood from getting coagulated, thus this could result in internal bleeding and a heavy loss of blood in severe cases.

Due to its anti-parasitical properties, when oregano oil is ingested, it kills off some parasites that are present in our digestive system, which releases a small amount of toxic material, thus it is advised to refrain from consuming a large volume of oregano oil, as it could result in the increased toxicity of your blood.

4. Not Appropriate For Pregnant Women

The consumption of oregano oil increases the flow of blood through the foetus. Due to this the external membrane, namely amniotic sac, which is for the protection of the foetus, can receive some damage, and without a doubt, harm the child as well.

The above-listed side-effects, no matter how serious, would not actually be of your concern if you chose to consume oregano oil in a more limited and organized fashion. It is also advised that you consult your doctor before adding it to your diet if you are taking prescribed medicine, and especially if you are pregnant.

Before you go on using oregano oil for your healthy lifestyle, you must understand that concentrated oregano oil is quite strong and that it must be diluted before being applied to skin, hair, or even if it is orally ingested.

Similarly, if you want to ingest oregano oil orally for its health benefits, only a few drops of it must be added to a cup of water (240ml). These are the utmost important things to note while consuming oregano oil, for it is always good to be safe than sorry.