Svami Non-Alcoholic Rum & Cola Review: Freshen Up With Every Sip

Svami Non-Alcoholic Rum & Cola Review: Freshen Up With Every Sip

We can’t get enough of Svami Non-Alcoholic Rum & Cola and here’s why.

From non-alcoholic beers to zero proof mixers, and even alcohol-free versions of the classics, we’ve reviewed at least one brand from each segment. Before adding a new review to the pre-existing list, we asked our entire Team whether or not they would opt for non-alcoholic beverages and why.

From better health markers, lower-calorie alternatives to abiding by certain religious rules or merely for convenience (whether you’re behind the wheel or at the beach), there are tons of genuine reasons to try alcohol-free drinks.

Back to our rum and coke review, this classic may seem amusingly simple. The recipe is literally in its name. However, there’s more to it than what meets the eye. Varying proportions, different types of rum are a few of the most common ways to tweak it to your liking.

From flavored ginger ale to 2-3 calorie colas, Svami is one of India’s first brand of non-alcoholic beverages. We ordered the one variant that excited us most and here’s our Svami Non-Alcoholic rum and cola review.

Did You Know?- Adding lime wedges to a classic Rum and Cola makes it a Cuba Libre!

Svami Non-Alcoholic Rum& Cola – Everything You Need To Know

From the range of beverages offered to calories and serving suggestions, here’s all you need to know about Svami Non-Alcoholic rum and cola.

How close does it come to the taste of the original, alcohol-based rum and cola? Is it all cola, no rum? Or vice versa?

Rum and cola has underlying citrusy flavor notes. Does Svami’s version have such flavors?

What about the level of sugar?

We noticed cinnamon as the first ingredient list. Does this spice make its presence felt by the aroma?

Is there a prominent cola aroma? Or is it all mixed in together?

In terms of color, cola is the dominant element dictating the appearance of the beverage. Svami Non-Alcoholic rum & cola looked exactly like a cola-flavored carbonated beverage does.

Svami Non-Alcoholic rum and cola is a low-calorie, alcohol-free cola that is flavored with vanilla, caramel, and cinnamon. The brand claims this tastes like the traditional alcohol-based rum and cola with a dash of lime BUT is 100% alcohol-free.

It comes in a premium-looking glass bottle but the liquid itself looks fairly regular like a carbonated cola beverage. When we poured it in our serveware, initially, the fizz was outstanding. To our surprise, this beverage retained for relatively longer compared to other commercially available fizzy beverages.

Hitting us with yet another delightful surprise, the aroma was just like alcohol-based rum and cola. Svami’s is easily the only non-alcoholic rum and cola that comes very close to its alcohol-based counterpart, in terms of aroma.

Our expectations before the taste test were quite high, and Svami did not let us down! Right at the beginning of the sip, there’s a wave of refreshing crispness. It is a blend of mildly sweet cola paired with a barely-there citrus kick.

Svami Non-Alcoholic rum and cola is a great way to stay on track while enjoying the company of friends/family. Whether your goal is to reduce alcohol consumption or simply save up some calories for that extra slice of pizza, Svami’s rum and cola is all taste, no compromise.

(33)
12% Off ₹1,140.00 (₹95.00 / count) ₹999.00 (₹83.25 / count) (as of January 26, 2022 23:11 GMT +05:30 - More infoProduct prices and availability are accurate as of the date/time indicated and are subject to change. Any price and availability information displayed on [relevant Amazon Site(s), as applicable] at the time of purchase will apply to the purchase of this product.)
Svami Non-Alcoholic Rum & Cola A cola flavored with vanilla, caramel and cinnamon 100% Alcohol free ONLY 56 Calories per bottle Crafted for people who prioritize taste but may not want to consume alcohol Perfect for drinking anytime Quantity : 200 ml... read more
Add To Cart

Here are some interesting FAQs on Svami Non-Alcoholic Rum & Cola.

1. Is this non-alcoholic rum & cola healthy?

Compared to other non-alcoholic beverages, this has only around 3.5% sugar.

2. Does this drink contain artificial sweeteners?

3. How much sugar does this drink contain?

4. Can this drink be consumed by children under 10 years of age?

This is a non-alcoholic beverage, so technically yes. But it is best to consult an expert.

5. Is this drink favorable for diabetic patients?

Yes, since it does not pack a large quantity of sugar per serving, diabetic patients can consume this in moderation.

Plush-looking bottle to a super refreshing taste, Svami non-alcoholic rum and cola has our heart! This zero proof beverage comes exceptionally close to the original rum and cola and is a sure shot answer for all teetotallers!

Have you tried Svami’s non-alcoholic beverages? If yes, which is your go-to? 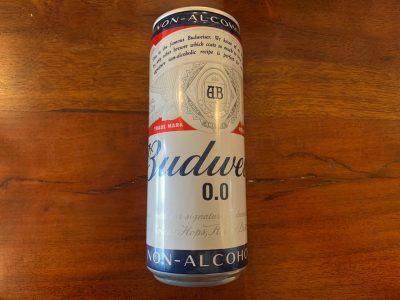 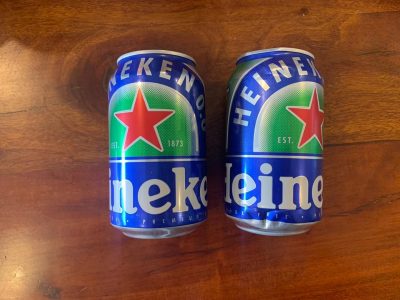 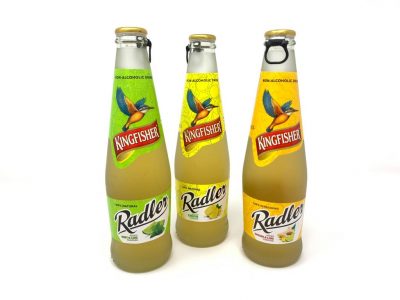 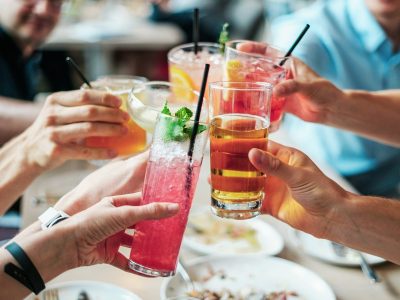 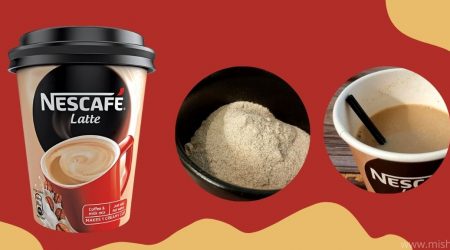 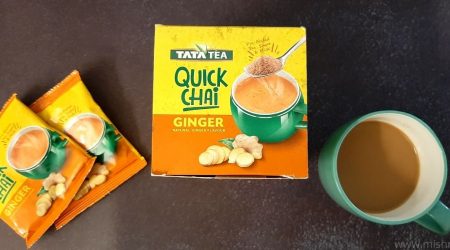 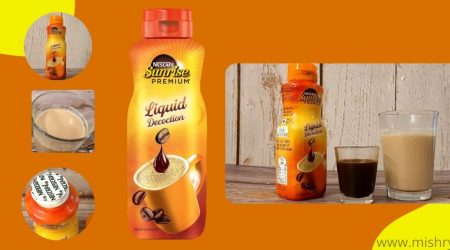 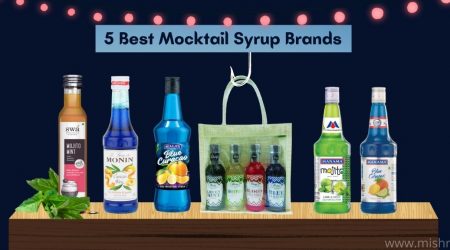 5 Best Mocktail Syrups Brands in India: To Refreshen Yourself

Get these yu... read more 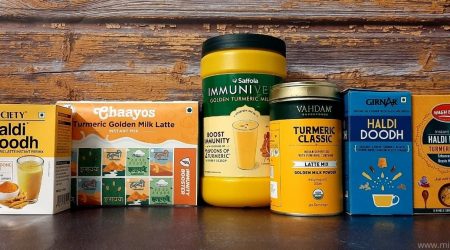 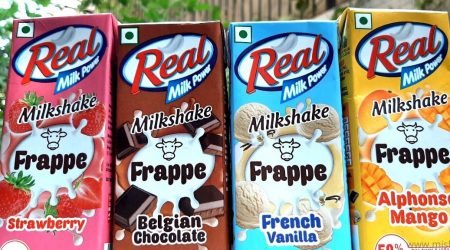 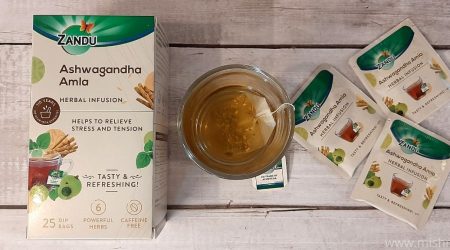 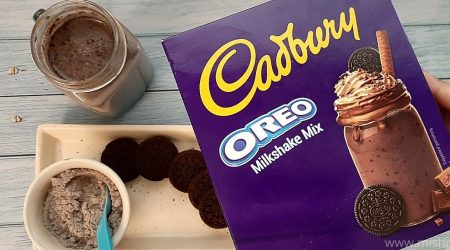 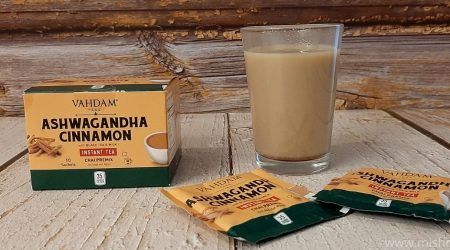 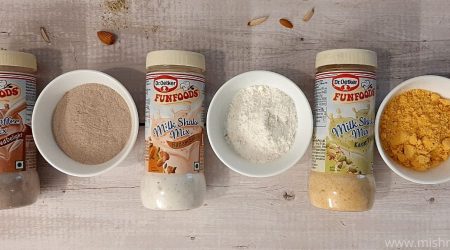 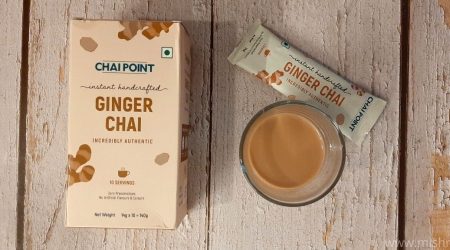