Types of Golgappa - The Most Popular Street Food Of India 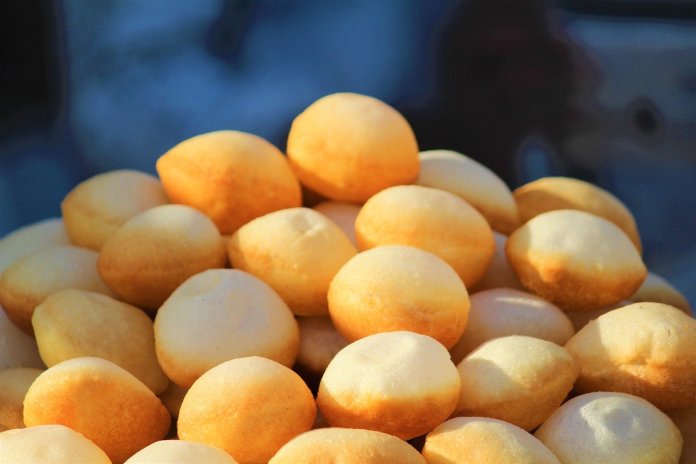 Types of Golgappa – The Most Popular Street Food Of India

Golgappa are loved by everyone. Have you ever wondered how many types of golgappas are available in India? This list will shock you.

Okay, this might be an exaggeration, but you get the point! If given an option, in our hearts we all know that golgappas will always trump every other food item in the world. You might know them as golgappas, puchkas, panipuri, batashe or something else.

Golgappa is such a loved street food that everyone has developed recipes revolving around their taste buds. Some like boiled potatoes and chickpeas while some add hot matra curry. Let’s have a look at the different types of golgappas around the country, what are they called, different ingredients used to make them and who invented the sacred golgappas.

The Three Musketeers of Golgappas

The puri or the basic shell of the golgappas are usually made with atta (flour) or suji (semolina). Suji based puris are popular in the Northern states of the country while as we move towards the East, the atta based golgappas are preferred. The shells made with atta are thinner and mostly bigger while the suji shall are thicker and denser.

While some add boiled chickpeas and boiled potatoes, some add a warm white peas curry (matra). Different parts of the country have different preferences.

Such profound words. Most Indian golgappa stalls serve them with a spicy and minty jaljeera pani and a khatta-meetha (sweet and tangy) tamarind water.

Honestly, you don’t have to be pregnant to have oddly timed cravings when it comes to golgappas. Anyone can crave for it at any time of the day. We have always wondered how can something so little, hold so much flavor in it. Golgappas are famous throughout India but are known by different names. There is a war between the different versions available throughout India. We wouldn’t be surprised if someone made a short movie about it.

Most North Indian states like Punjab, Jammu & Kashmir and New Delhi use the term Golgappe or Golgappa for this loved Indian snack. The puri used is usually made suji (semolina) but at some stalls, you can find the atta version too.

The golgappas are stuffed with boiled chickpeas, boiled potatoes and a sweet tamarind sauce (saunth chutney). Then the golgappas are carefully dunked in a big vat of spicy and minty water. Filled to the brim and served in a donna (disposable Indian bowl used for chaats). POP and transfer to heaven!

Puchkas or Fuchkas as they are popularly known in West Bengal and parts of Bihar and Jharkhand. The shell is usually made with atta and they are stuffed with boiled chickpeas and mashed potatoes. The main component is the chickpeas, the potatoes are a little diminished.

The potato-chickpea mix is spiked with gondhoraj lime juice and tangy tamarind water. In some parts of Kolkata, some puchka vendors add mashed bananas too.

Pani Puri is all things holy in Maharastra and Gujarat. Instead of the classic mashed potatoes and chickpeas mix, they are stuffed with a white peas mixture (matra). Unlike most versions of the famous golgappas, the mixture is added when warm. The water added is tangy and spicy.

Golgappas are called Pani ke batashe in parts of Uttar Pradesh. My friends from Kanpur and Lucknow say the taste is unparalleled and what we eat in Delhi is all things wrong.

These pani ke batashe are stuffed with boiled white peas and potatoes and served with sweet and sour water. In some parts of UP, these batashaas are served with five different types of water, also called as ‘Paanch swaad ke batashe’.

Golgappe/Pani Puri are called Gup Chup in parts of Odisha and Hyderabad. As funny as the name sounds, they are called Gup Chup because of the sound they make when they burst into the mouth. The puris are made with whole wheat flour, refined flour, and semolina.

The filling consists of the regular boiled potatoes with green chilies and onions.

Don’t confuse them with phulkas (chapatis). Golgappas are called Phulkis in Madhya Pradesh and parts of Uttar Pradesh. Phulkis are the same as golgappas, only the name is different.

In some parts of the country, golgappas are served with a curd and chutney stuffing called ‘dahi ke batashe’ or ‘dahi puri’ which some would say is equally gratifying. They are topped with crunchy sev, coriander leaves, and pomegranate.

The Origin Of Golgappas

Whoever invented these beauties, must be thanked every day. There are two major stories famous throughout India regarding the origin of golgappas. Some say they were invented by the wife of Pandavas, Draupadi, while some associate it with the region of Magadh. Let’s have a look at the details.

Legend has it that the much-famed golgappe were invented by Draupadi. While the Pandavas were in exile, Draupadi was tested by her mother-in-law, Kunti. Kunti wanted to see if Draupadi could manage running the household using scarce resources. So she handed a small amount of leftover aloo ki sabzi and enough whole wheat dough to make one single puri.

She instructed Draupadi to turn this into something that could be fed to all her five sons when they get back home.

That is exactly when Draupadi turned that one-puri worth dough into small shells and stuffed the aloo sabzi as a filling that was enough to feed all the Pandavas. Kunti was super impressed with her daughter-in-law’s innovative idea and blessed the dish for immortality.

2. The Legend Of Magadh

Stories of golgappe being invented in ancient India have been quite popular. In the Magadhan empire (present-day west Bihar) the culinary skills were developing at a fast pace.

In fact, stories of Magadh and their food have been mentioned quite a lot in pages of Historians like Megasthenes. Sadly, the name of the person who invented this legendary snack is not mentioned in any history text around the world. We thank you, sir!

Which story of origin do you find more believable? Let us know in the comment box below.

The pani in the golgappas is the aspect which can make or break your golgappa eating experience. It’s a given. Let’s have a look at all the commonly available types of golgappa water in India!

The classic mint-flavored spicy and tangy pudina pani which is similar to a jaljeera is the most popular throughout the country. With few bhuna jeera and boondi pieces loitering about, this version of the golgappa pani is mouth-watering. Quite literally.

Tangy tamarind and sweet jaggery when mixed together make for a classic khatta-meetha golgappe ka pani.

The punch of heeng (asafoetida) in tangy tamarind water is unmatchable. If you are not a fan of strong flavors and aromas, we recommend you do not choose this one!

A lot of golgappa vendors have started to innovate with their choice of pani in golgappas. Jamun, guavas and black grapes are a few common types of fruits that are being regularly infused to be combined with golgappas. As weird as they may sound, some claim that they are extremely delicious.

Apart from the regular whole wheat and semolina golgappas, there are a lot of puris (shell) options available in the Indian market. Let’s have a look at the different types of golgappa shells –

The green-hued golgappas are quite popular in the northern region. These spinach golgappas taste a lot like the regular ones but have a beautiful natural green color. Different types of golgappa shells are available quiet commonly at parties and high-end chaat places.

The ruby-red beetroot golgappas are a treat to look at and equally tasty and healthy.

Regular whole wheat golgappas with added oats flour have become a fad amongst the wedding caterers of metropolitan cities.

Just like oats, ragi flour is added to amp up the health quotient of the golgappas. Healthy or not, these sure attract a crowd at weddings and events.

Innovative or eccentric? We don’t know. But people who have eaten them claim they are either out-of-the-world scrumptious or just plain BLAH. Most people do not want this classic snack to be messed with (Us included)!

Stuffed with a luscious pizza sauce, vegetables, olives and jalapenos, the golgappas are topped with processed cheese and baked for 2 minutes to melt the cheese. Sprinkle some chili flakes and oregano to give it an Italian touch.

We are not kidding! Yes! Golgappa puris are made with wheat flour, semolina and sugar. They are stuffed with chocolate syrup and topped with some sprinkles. A few recipes also fill Nutella and whipped cream too.

A delicately infused gourmet golgappe ka pani in a shot glass. On top is balanced a potato and chickpea filled golgappa.

You will spot these at some high-end parties and weddings where golgappas are filled with vodka infused pani. This is definitely not for the faint-hearted as the alcohol hits you fast.

Golgappe, pani puri, batashe..whatever you may call them, they are loved throughout the country and we haven’t seen a single person saying no to them. We all have eaten golgappas at fancy gatherings and bigger food chains but there is no comparison to the golgappas we eat at the local street vendor who would be considered a rather unhygienic food joint by many.

These street snacks were usually considered as a female-fav snack, but now we can now spot some men flocking to the golgappa stall at weddings too. Be it an expensively dressed lady or a rebellious teenager, they all lead to the golgappa vendor with a ‘Bhaiya, ek extra puri dena please.’

1. What is the average cost of a plate of golgappas in India?

The price of golgappas can be anywhere between Rs 10 to Rs 100/- depending on the food joint you are buying them from. A regular street vendor will sell them for around 5-10 rupees but if you buy it from an established food chain, the prices can go up to 50-100 rupees too

2. Are golgappas fattening? Are pani puri recommended when you are on a diet?

Golgappas are made with flour and semolina. Plus, the puris are deep-fried. So, no they are not recommended for a person who is trying to lose weight.

3. Can we make golgappas at home?

Option one is to make the puris from scratch with atta or semolina. If not, then a lot of local farsaan shops sell dehydrated ‘puris’, that will puff up on frying. Boil some chickpeas and potatoes to make the stuffing. A mild chaat masala, mint paste, bhuna jeers, and rock salt make for an excellent tangy pani.

Most Indian households stock up on meethi saunth ki chutney in their refrigerators. If all else fails, you can try that are being sold in the market these days. 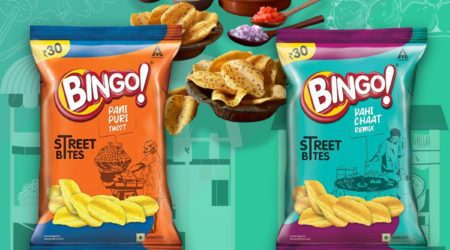 Bingo Street Bites Are A Treat For Your Tastebuds 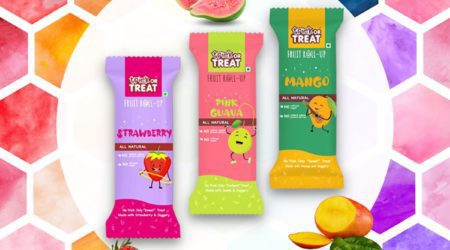 All Treats, No Tricks With Trick or Treat Fruit Roll Ups McVities HobNobs Oats Biscuits Are Moreish – Have You Tried Them Yet? 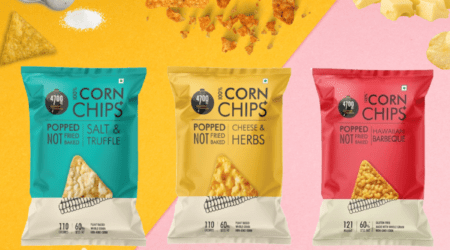 Have you tried the new 4700 BC Popped Corn Chips? 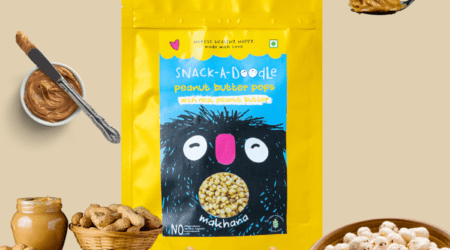 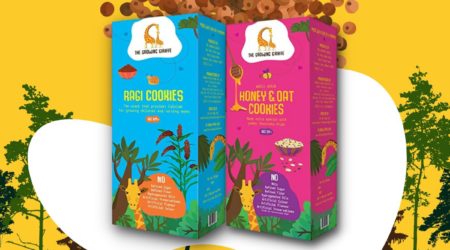 The Growing Giraffe Cookies Get The Green Light From Us 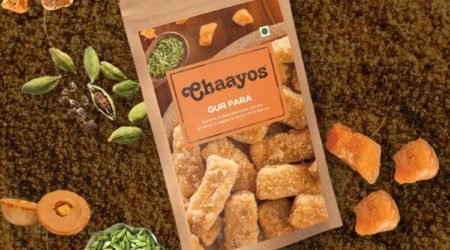 Chaayos Gur Para Will Remind You Of The Rustic Tapri Snack 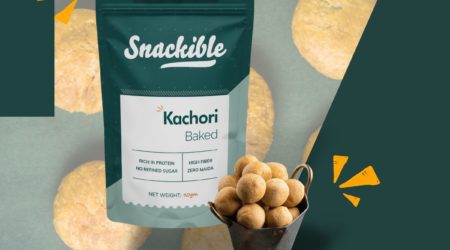 Snackible’s Baked Kachori Is Perfect To Satisfy Your Cravings

Made with be... read more 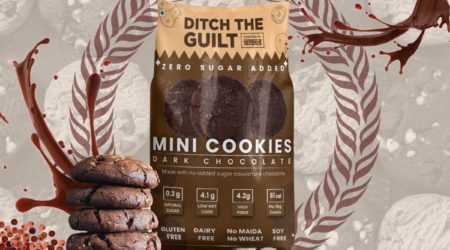 Ditch The Guilt Mini Cookies Are Devoid Of Decadence 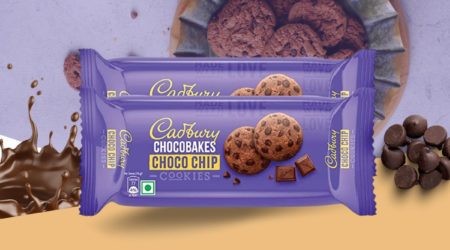 Cadbury’s Chocobakes Choco Chip Cookies Are Perfect With Your Cuppa

Have You Tried The New Britannia Nutrichoice Seeds Biscuits Yet?