Curd And Yogurt: Are They Different? 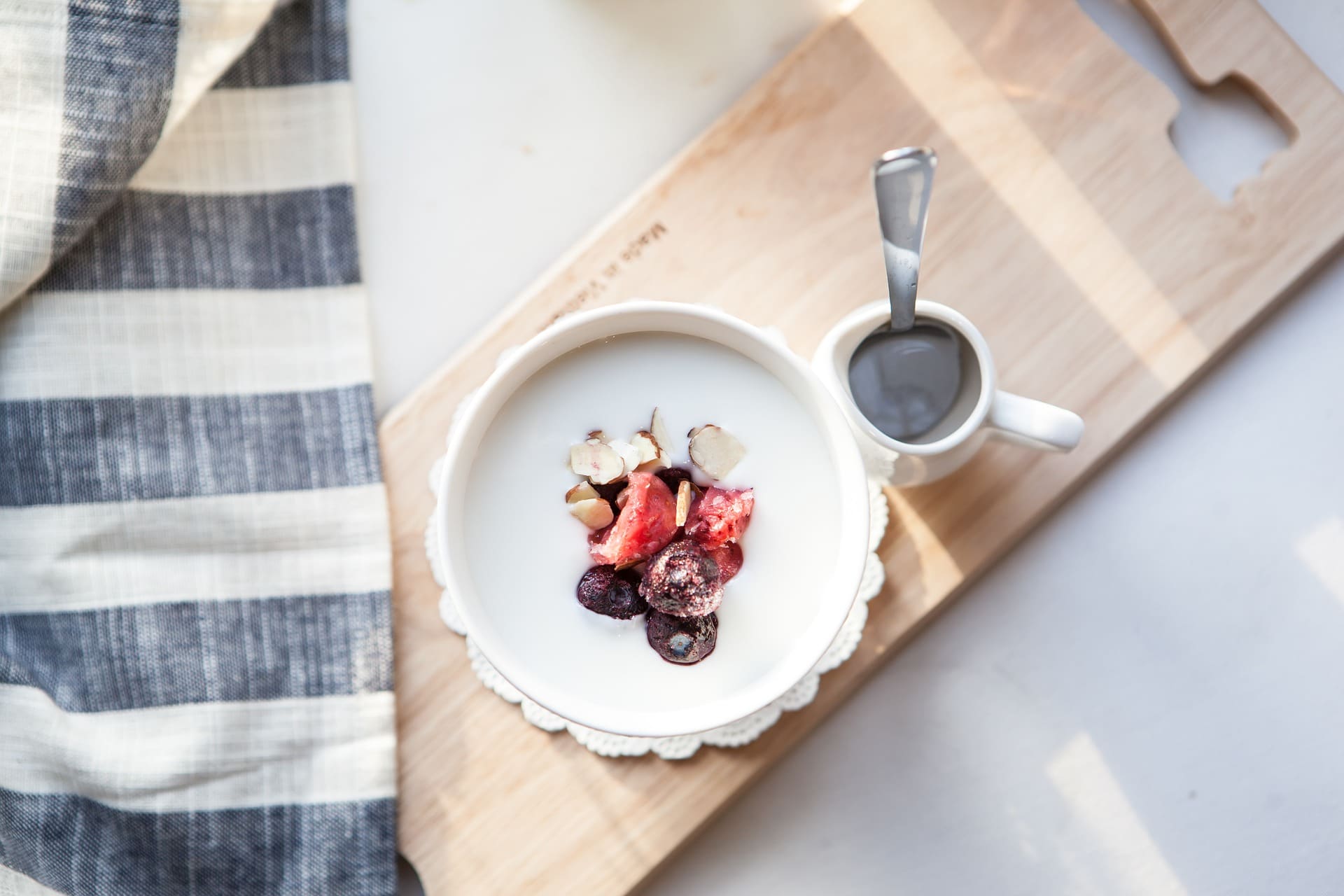 Curd And Yogurt: Are They Different?

Both curd and yogurt are the derivatives of milk that are prepared by the process of curdling. But did you know that both of them, though similar in appearance, are quite different from each other?

If you are new to the world of diet management, then the question regarding the difference between curd and yogurt might be on top of your list.

However, there is a common misconception among the public that both Curd and Yogurt are the same, the difference between the two occurs due to their different ways of preparation.

Yogurt/Curd For Acne And Pimples

Curd, considered to be good for people who are lactose intolerant, is prepared by the process of coagulating milk after boiling it and then cooling it at 30-45℃. This process is called curdling.

Preparation of curd involves the addition of a broad class of LAB (Lactic Acid Bacteria), which when added, converts the lactose of the milk into lactic acid, thus, making it digestible. Curd is generally prepared by adding a spoonful of curd in lukewarm milk and then leaving it to rest for a few hours.

Since a broad range of lactic acid bacteria is used for the preparation of curd, its strength and lactose concentration differ based on the nature of the bacteria.

Yogurt, yet another milk derivative, is also prepared by the separation of solid milk particles, but, unlike Curd, the coagulation is done by adding specific strains of bacteria called Lactobacillus bulgaris and Streptococcus thermophilus.

Yogurt, due to its lack of lactose, is also good for people who are lactose intolerant. Since a specific strain of bacteria is used for its preparation, yogurt tends to be more standardized and homogenous when compared with curd.

Related Reading: We review products over days, and sometimes weeks, so you can shop better. Read our Best Packaged Dahi To Buy Review here.

Similarities Between Yogurt and Curd

Though both yogurt and curd have many differences, there are some similarities in them.

How Different Are Curd And Yogurt?

As mentioned earlier, the processes of preparation of Curd and Yogurt are different, and due to this, yogurt is more standardized and homogenous than curd.

The other major difference between the two can be pointed out by looking at the nutrients present in both based on the size of servings.

Apart from cholesterol, the other nutrient that differs both in curd and yogurt is calories. A 100g serving of curd contains over 98 calories out of which one-third are from fat, whereas in 100g of yogurt, there are 59 calories with half of it coming from fat.

Know the Detailed Nutritional Facts and value of Yogurt or Curd.

Ever heard of Curd flavours?

No! Right. As we know, Curd has its own acidic natural flavour.

Is Curd Good For An Upset Stomach?

As yogurt is mostly prepared in the factory unlike curd, which can be prepared at home, has many uses.

So, now you know the difference between curd and yogurt. We will discuss questions such as which is better, are they replaceable, and which is more beneficial?

1. Which is better and more beneficial, yogurt or curd?

Both yogurt and curd are beneficial.

Because yogurt has more protein than curd, it is best for people focusing on weight loss. For people with lactose intolerance, yogurt could be the right choice.

Curd, on the other hand, is a great homemade cure for stomach-related issues. A glass of buttermilk (made from curd), immediately re-hydrates the body in summers.

2. Can I use Dahi instead of yogurt?

Yes, curd can be used instead of yogurt. If you are lactose intolerant, consider consulting a doctor before consuming.

Can curd substitute yogurt in the recipe?

As long as the recipe is flexible, curd can substitute yogurt. If recipes demand a specific taste or procedure, then it should be tested or experimented first. Although, there won’t be much difference in overall taste.

3. What is the difference between yoghurt and curd?

The main difference between yogurt and curd is their preparation process. Curd is made by curdling milk with the help of vinegar, lemon, or starter curd. On the other hand, yogurt is made by the bacterial fermentation of milk.

4. Are yogurt and curd the same?

Yogurt is commercially made. It is lactose-free and is available in different flavors.

Curd, on the other hand, is made at home and is more natural. It is an Indian staple food and is used in many Indian recipes. It is not lactose-free.

Though there are a lot of differences between curd and yogurt, they both would prove to be extremely helpful when included in your daily diet. Benefits such as strengthening of bones, improving immunity, and aiding in weight loss, are common for both. So, if you are looking for things to eat, which tastes good and are also beneficial for your health, then both curd and yogurt can be great choices.