Slurrp Farm presents a fudgy chocolate brownie mix made using millets and we love it. Here is why you should try this too.

From the rich chocolate flavor, to the apt sweetness and the texture that took us by a surprise. We loved everything about the Slurrp Farm Brownie Mix.

Picking up a cake mix is not the same as it was a few years ago. We had limited choices with little to no room for experimenting. Now, with more and more people looking at labels and understanding the importance of ingredients, brands have supplied the demand of healthier alternatives and better ingredients.

Slurrp Farm is a brand started by two mothers who were looking to merge the use of good quality ingredients for kid-friendly packaged snacks.

In our Slurrp Farm Fudgy Chocolate Brownie Mix review we discuss the price, packaging, ingredients used and convenience. We review its taste and texture, keeping in mind the target audience for this product.

All that you need to know about the Slurrp Farm Fudgy Chocolate Brownie mix is mentioned below.

The brownie mix comes in a brown colored carton. Inside the box there are two packets. One sachet contains the cake mix and the other contains unrefined cane sugar.

What is alkalised cocoa and what does it do?

When cocoa beans, nibs or powder are treated with an alkali solution it is called an alkalised cocoa powder or Dutch process. It reduces the acidity and darkens the color of the powder. It dissolves more easily during baking, while regular cocoa powder takes time.

When someone says brownies, we instantly transport ourselves to chocolate heaven. And we expect nothing less from this variant as well. How intense is the chocolate flavor and how much does the use of millet flour impact the taste of chocolate? Sweetness levels were also gauged. Is the pack of unrefined cane sugar enough for this brownie mix or do we need more?

The aroma of chocolate by itself is multi-layered. Combine that in a baking recipe and you have got yourself something divine. The intensity of chocolate aroma was put to test.

Millets by nature have a coarser texture than refined wheat flour. As this is a maida-free cake mix, the impact millets made to the texture of the cake was vital to understand. How soft, fudgy and gooey were the brownies?

Brownies are meant to have a papery-crust that crackles lightly when you cut them into squares. Apart from the crust, the color of the brownies was noticed.

The shelf life is 6 months.

Earlier we reviewed two variants of the Slurrp Farm Millet Cake Mixes and found one of them to be better than the other. Find out which one you should pick.

Upon opening the dry cake mix we noticed the chocolate brown color. We could also see a few chocolate chips in the mix. The decadent chocolate aroma is unmissable.

The ingredients mix seamlessly. Once we mixed the dry and wet ingredients, the batter consistency was medium-flowy. Not too thick, nor too thin. It was easy to transfer the batter from the bowl to the tin. We could also spot choco chips in this dark brown colored batter.

While the sugar can be adjusted as per personal choice (which we like), for testing purposes we added the entire pack. If you are someone who wants to avoid sugar or adjust the sweetness, this is a big plus point which is never provided in other cake mixes.

Our brownie baked to perfection in 35 minutes. The color of the brownie is dark and it has formed a beautiful crust, like we expect from freshly baked brownies. Even though the pan was well-greased, the bottom most layer was stuck to the tin which could be due to the gooey, moist and fudgy texture of the brownie.

The brownies taste YUMMY. If someone gave these to us without telling us the type of flours used, we could have never guessed this is made using millets. From the rich and decadent chocolate flavor to the fudgy, moist texture, and the crackle layer on top, we loved it all. The sweetness too is perfect.

Trying to switch to better alternatives than maida and refined sugar? In need of convenient baking mixes? Slurrp Farm Fudgy Chocolate Millet Brownie Mix checks all the boxes on your list.

1. How many brownies can be prepared from one pack of this brownie mix?

A single brownie mix pack can yield 7-8 pieces approximately. The size and number of  brownies you get largely depends on the type of tin you use.

2. Does this brownie mix contain any kinds of stabilizers or rising agents?

3. Does this brownie mix contain preservatives?

No. The Slurrp Farm Brownie mix does not contain any preservatives.

4. How to store this brownie mix after unpacking?

Once the pack is opened, store the mix in an airtight container. Keep this in a cool, dark place.

5. Can the brownies be baked using a microwave or pressure cooker?

The back of the pack mentions making the cake using a pressure cooker and oven. The pack doesn’t mention the microwave method. If you own a convection microwave oven and do not mind experimenting, you could change the settings accordingly.

We tried four chocolate cake mixes and the winner is…

Thumbs up from Team Mishry for these delicious, chocolaty, fudgy brownies. This mix by Slurrp Farm is sure to make a regular appearance in our pantry.

Have you tried something from the Slurrp Farm range? If yes, how was your experience? Let us know in the comment section below. 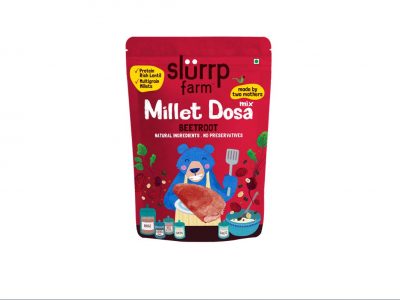 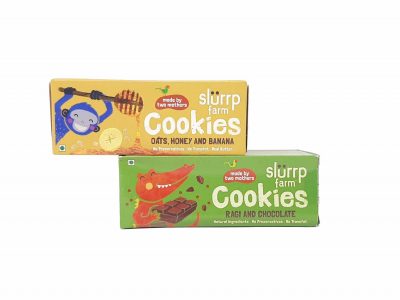 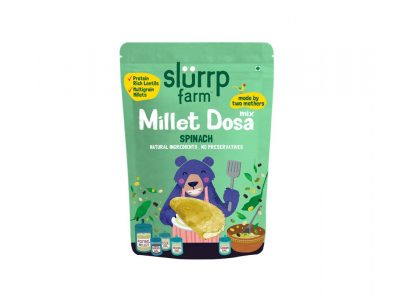 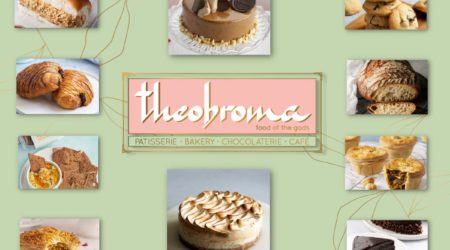 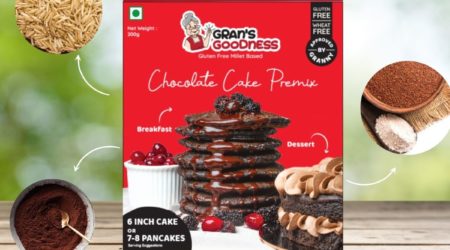 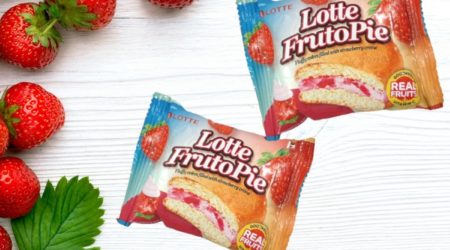 With a color... read more 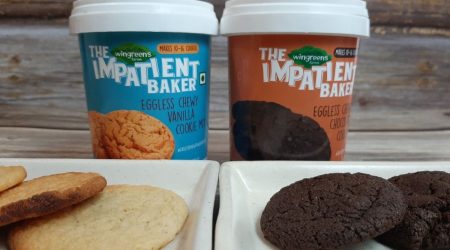 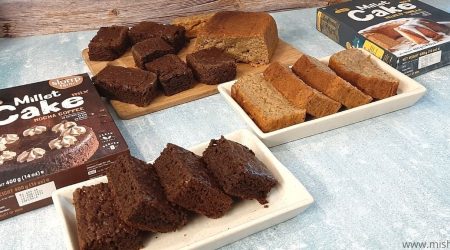 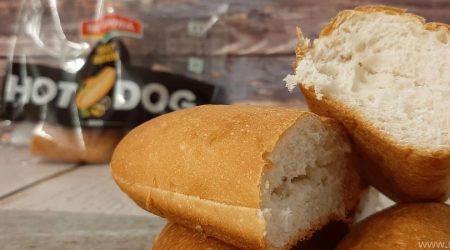 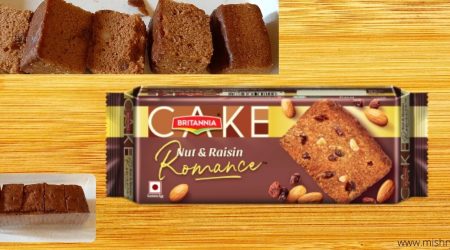 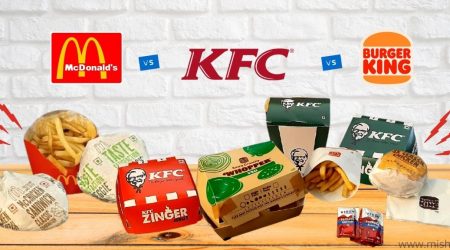 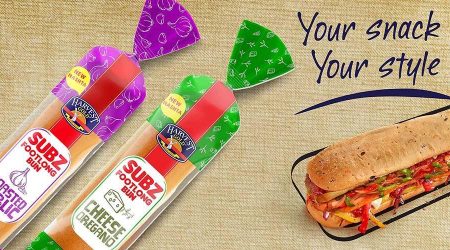 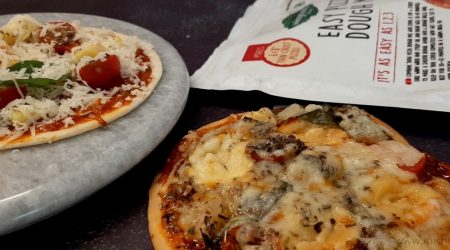 The pizzas a... read more 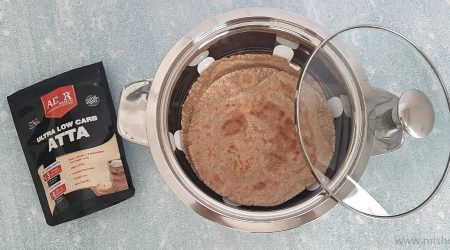 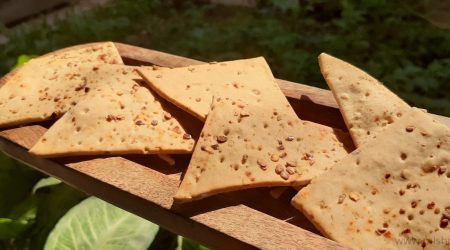