How To Check Common Spices For Adulterants 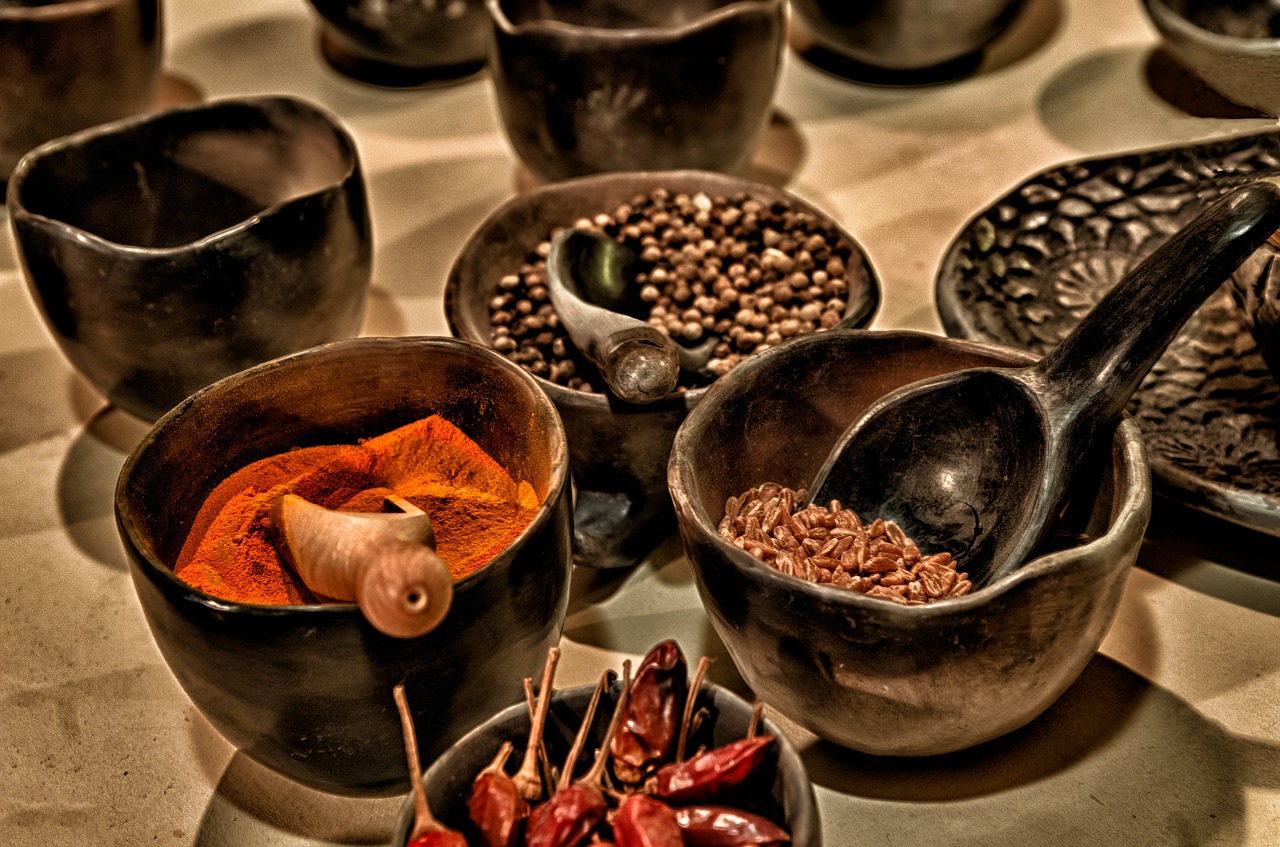 How To Check Common Spices For Adulterants

Spices are the most important aspect of Indian cuisine and our food relies heavily on them for a flavour, aroma and appearance. However, due to their high demand, manufacturers may add certain adulterants that can lower the overall quality of the product. Here’s a list of simple tests and checks to find the purity of your everyday spices like turmeric, cumin, hing and black pepper.

Spices are common additions to your meal and are responsible for enhancing the taste and color, thus making it more appetizing. And not just flavor, spices make your food healthier too. Amongst the most common benefit of spices is that they make food easier to digest. Spices such as cumin, asafetida, fennel, and turmeric, boost digestion and keep issues such as bloating and gas away. Spices also contain useful micronutrients and minerals like iron, magnesium, and manganese that provide support to several body functions. A factor that could bring down all the benefits associated with the consumption of spices is adulteration. Spices are often adulterated in a bid to make them cheaper to produce. This not only brings down the efficacy of the spice, but the continued consumption of adultered spices can lead to health scares. However, an adequate knowledge of finding out these adulterants can help you lower the risk of getting any disease that could be adversely linked with these adulterants.

Here are the names of a few common spices and the adulterants that you can find in them.

Turmeric: How To Check For Adulterants

Turmeric, also known as Haldi, is a flowering plant that consists of an active compound called curcumin. This compound is responsible for its bright yellow color, and it also contributes to most of turmeric’s benefits such as its antioxidant property and its immunity strengthening properties. In addition to that, Curcumin is also the reason for turmeric being considered a key figure in Ayurveda, an ancient Indian medicinal practice that involves natural ingredients.

(5743)
No artificial colours and preservatives;Consistency in quality across the year All vedaka spices and seeds are hygienically packed and undergo stringent and rigorous laboratory tests to meet fssai food safety norms;Net weight: 100g material_features:... read more
(as of February 2, 2023 07:52 GMT +05:30 - More infoProduct prices and availability are accurate as of the date/time indicated and are subject to change. Any price and availability information displayed on [relevant Amazon Site(s), as applicable] at the time of purchase will apply to the purchase of this product.)

Test For Checking Adulterants In Turmeric

As turmeric is one of the most in-demand spices around the world, its adulteration is a common phenomenon that many manufacturers may resort to. The adulteration in turmeric’s powdered form is higher as compared to its natural form. There are various ways, in which the turmeric powder can get adulterated; in fact, its reasons are common for other spices as well.

However, knowing how turmeric powder is adulterated would not be sufficient for you to know if the packet that you have bought is adulterated or not. Well, fortunately, there is a much better home-based experiment that you can do to find it your product is of high quality. Just follow the steps given below:

Cumin powder is yet another popular spice derived from a flowering plant that is a native of the Middle East and India as well. Ground cumin is known for its very distinctive taste that is a mixture of nutty, earthy, and spicy flavors. With a warm penetrating aroma that has a hint of lemon; cumin is indeed one of the best spices that you can add to make your meal flavorful. However, powdered cumin is as prone to adulteration as turmeric powder, and as for cumin, it can easily contain a few fennel seeds somewhere in the mix.

Cardamom: Top 8 Benefits, Uses And Side Effects That You Should Know

Test For Checking Adulteration In Cumin

The only way to remove the fennel seeds from cumin is by visual inspection. Take a handful quantity of cumin seeds, and upon close examination, fennel seeds could be extracted. The fennel seeds would appear longer and lighter in color.

Mustard seeds are often linked with a certain warm-nutty taste with a pungent aroma. These little yellow-colored seeds seek to enhance your meal’s overall taste and impart a more appetizing aroma. A certain quantity of mustard seeds can have a few argemone seeds present as adulterants. It is a common practice followed by many manufacturers as both of these seeds look very similar.

The way of checking for adulteration in mustard seeds is to observe them closely. Mustard seeds tend to have a certain light tone of yellow pigments and are much lighter in appearance as opposed to argemone oil, which is instead darker.

With a golden-yellow color, cinnamon has a very hot aromatic taste that is also distinctive and difficult to replicate. As it ages, with the help of a reaction with oxygen, cinnamon turns darker in color. Cinnamon would be the only condiment that can be used as a flavoring additive in a wide variety of cuisines, including sweets.

Test For Checking Adulteration In Cinnamon

Cinnamon is usually mixed with cassia bark, which has a similar color and texture as the spice itself. However, upon close examination, these adulterants can be easily visible. Cassia bark has more layers and a different aroma altogether.

Chilli powder is a mixture of various other condiments that are used for adding a spicy-twist to your meal. On the other hand, as it is a combination of different powdered spices, chili powders from different manufacturers can have different tastes, which makes it quite tough to find adulterants present in it.

The main adulterant that is added to a chili powder is red food coloring, which often makes it appear more genuine. However, to test if your packet is adulterated with this adulterant, you have to follow the same procedure as that of turmeric. Add a pinch of chili powder in a glass of water and note its dispersion. If it is adulterated with food coloring, it will change the color of the water.

Black pepper, though not as popular as other spices present in the list, has a certain hot taste that can be associated with it. In addition to its taste-enhancing quality, black pepper is also considered to be a powerful antioxidant and effectively improves digestion.

Though hing has a pungent flavor, when cooked in dishes it produces a rather smooth taste. As a condiment, hing is a very popular flavor in Indian cuisine and is often considered to be good for aiding indigestion. In its pure form, it is solid that contains a few chunks of resins. Its smell is so strong that it can contaminate other spices that are kept close.

Test For Checking Adulteration In Hing

Before we talk about how you can find the adulteration in hing, you need to note that hing itself can act as an accidental adulterant for other species if they are kept close. However, as for hing itself, you have to burn it to see if it is pure or not. Take a spoonful of hing and carefully heat it. A pure product would burn like camphor, whereas an adulterated product would not produce bright flames.

The checking of adulterants in your spices must be a common practice among our households, as it would ensure that you buy good quality and pure products. Especially for cuisines that heavily depend on spices for their taste and aroma, these practices would result in the overall satisfaction of every customer. 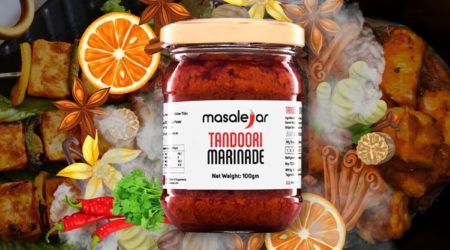 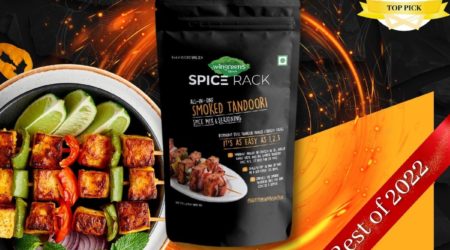